Study for a Girl's Portrait 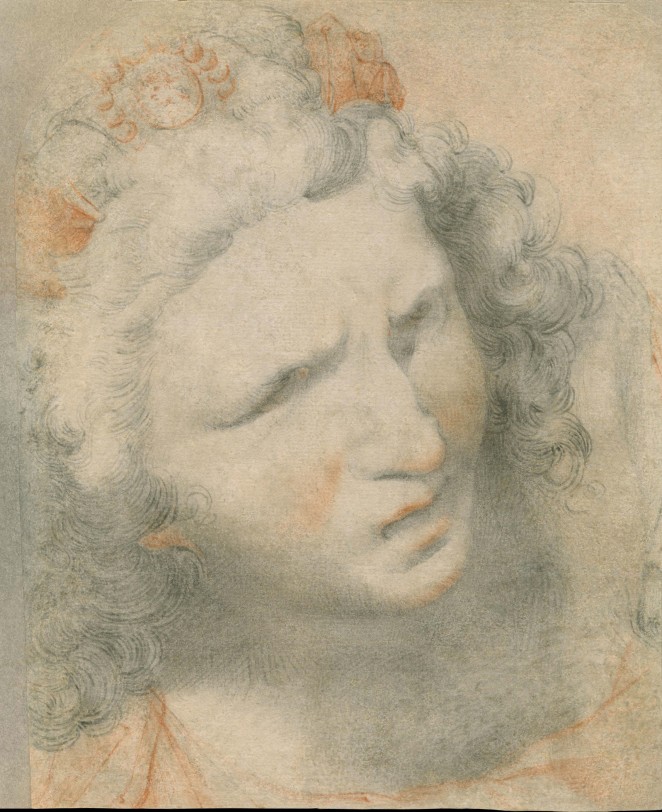 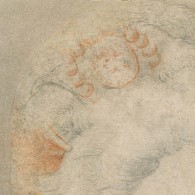 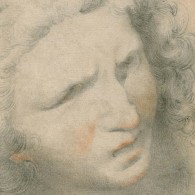 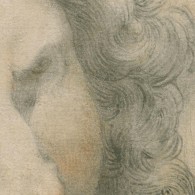 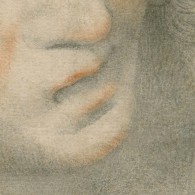 A young woman is depicted while turning her head to the left. The worried expression, featuring recessed eyes and the mouth half-opened, conveys a strong expressive force and sentimental vibration.

This beautiful sheet has been brought to the critique’s attention in a monographic exhibition held in 1962 in Varese dedicated to the Lombard artist Pier Francesco Mazzucchelli, also known as Morazzone. In order to support Mazzucchelli’s autography, Mina Gregori, curator of the scientific project, presents in the catalogue a suggestive comparison between the intensity of the expression of this head and the studies of the French painters of the Romanticism (Delacroix, Géricault). This indication alone allows us to appreciate the extraordinary modernity of the drawing: it moves us especially in the indefiniteness and mystery through which the subject has been expressed.

As far as the observations on the features of our sheet are concerned, Mina Gregori’s analysis remains valid; yet we cannot agree on the suggested autography: Morazzone is an artist that remains in the context of the late Mannerism, not in a Lombard but rather in a Tuscan environment. On the contrary, this head of a woman is the result of a sensibility that is almost in-between the study of real life and the Baroque doctrine of affections: this artwork is therefore intrinsically of the 17th century, heading towards the future, not remaining in the tradition. The Lombard artist that perfectly synthetises the poetics of naturalisms and the poetics of the early baroque is Camillo Procaccini: the most-likely author of this sheet. Camillo, son of the painter Ercole the Elder and elder brother of Giulio Cesare and Carlo Antonio, just as famous artists, was born and trained in Bologna when the city and the arts were under the moral authority of cardinal Paleotti; in there years the Carraccis were achieving their formal revolution, with the return to the practice of live drawing. Procaccini gives his own interpretation of the artistic energy of this historical phase at first in Emilia and then, starting from 1587, in Milan: in his graphic activity, and especially during his first years in Milan, the artist executes remarkable Studies of heads, whose expressions are often strong, inspired by the style of Lomazzo and his movement of rabisch – a literary movement whose aspects clearly influences the visual arts. Besides, the psychological features of the grotesque and the expressivity were part of the Lombard tradition since Leonardo and Francesco Melzi’s studies. Therefore our drawing should not be considered as a preparatory study for the figure of a painting, but rather as a model to reuse in several works to express a feature that could be associated to various characters. The sheet can be most likely dated to the beginning of the last decade of the 16th century as attested by the formal similarity to the Studies for organ shutters of Milan’s Cathedral, made between 1592 and 1595.